Antico Pizza Napoletana May be Coming to Buckhead, But Will it Ruin the Brand? 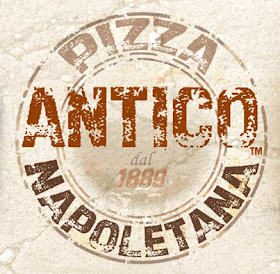 A well placed Buckhead source indicates Giovanni Di Palma is in the midst of finalizing a lease for the former Lime Fresh Mexican Grill space.  Located at the corner of West Paces Ferry Road and Early Street, the restaurant was for many years a Johnny Rockets before closing in September of 2011.  Lime Fresh Mexican Grill, serving overpriced burritos and other Mexican fare, opened in their place in February 2012 but closed this past May.

Aside from expanding the brand and bringing a location closer to Buckhead for locals and celebrities alike, Giovanni also lives less than a mile from the former Lime space.

If the deal is done, Antico will have brought direct competition to nearby STG Trattoria. STG was opened last April by Brian Lewis (owner of Bocado) and is located adjacent to the St. Regis Hotel, in the same strip as Flywheel, but with no street visibility.

Not far away, on Pharr Road, Fuoco di Napoli opened in late 2011.  Modeled after Antico in more ways than one, Fuoco closed this past October, a few months after Di Palma filed a federal "intellectual property - trademark" lawsuit.

I see a Buckhead opening as a turning point for Antico.  Antico opened in 2009 and quickly cultivated a cult-like following, and later, tremendous media and celebrity attention.  Patrons waited in long lines to get a taste of the "phenomenal" pizza.  With procedures in place like no reservations and "dough til gone," folks clamored to get in on what was a limited, and unique experience.

With the sale of out of state development rights and now a location coming to a suburban Atlanta lifestyle center and now Buckhead, might the prince of pizza be tarnishing his brand?

Take for instance Shane's Rib Shack.  Shane Thompson opened the restaurant, in a shack, in McDonough, Georgia in 2002.  The initial restaurant was such a success, he sought to grow the company and thus sold it to Atlanta-based Raving Brands.  During its time under Raving Brands, the restaurant popped up in the food court of Town Center Mall and in various strip centers around Atlanta.

Delia Champion took a similar route when she sold her then two unit Flying Biscuit Cafe to Raving Brands in 2006.  Champion opened the first Flying Biscuit in a quaint spot on McLendon Avenue in Candler Park in 1993, a few years later adding a second location in midtown.  Today, Flying Biscuit has never reached its reported growth potential, yet has succeeded in nearly completely watering down the brand.  Locations opened in the bottom of a parking deck at Terminus in Buckhead, and within various strip centers in the suburbs of Atlanta.

While these are both quick serve restaurants rather than than the more "upscale" Antico, I think they both represent what can happen to a brand when it grows beyond its cute, unique, creative level.   Additionally, many patrons will agree that each franchised concept lost much, if not all of their character and individuality when they expanded.

With Buckhead Atlanta coming online next year, and countless new apartments, condos and even a few hotels in the pipeline, there will definitely be restaurant customers in Buckhead.  By no means am I preemptively putting this would-be Antico location on my "Stillborn" or "DeathWatch" lists, I'm just saying, I think too many locations may lead to patrons being burned out on the brand.

What are your thoughts?  Does an Antico in this locations make sense?  Do you prefer STG or Antico? If not Antico, what would you like to see open in place of the former Lime Fresh?  Please share your thoughts below.
Atlantan99
Share