The city of Tucker will soon welcome a pair of exciting new businesses.


Infinite Realities: Comics, Games & More will open at 5007 LaVista Road across from Tucker High School.  The roughly 2,600 square foot space was previously an auto repair business but has been vacant for nearly a decade.  Chris Brennaman is partnering with Brandon Mealor and a third, as yet unidentified, but "AMAZING," partner to bring what Brennaman referred to as a "lifelong passion" to life.  Plans call for the new shop, which has been "in the works" for months, to open in December, hopefully in time for holiday shopping.  Brennaman, a new-ish Tucker resident, "fell in the love with the community," and looks forward to being an even bigger part of it. 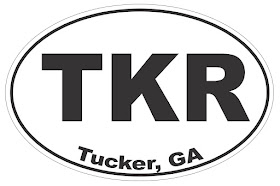 Infinite Realities plans to offer all the latest comics and back issues as well as tabletop RPGs (Role-Playing Games), collectible card games, board games and all "other manner of geek stuff."  The store's primary focus, Brennaman tells us, will be on building community and making his shop welcoming to everyone.  In addition to the retail offerings, Brennaman says the shop will feature gaming tournaments and lessons on games like Dungeons & Dragons.


The opening of a comic book shop in Tucker is a bit of a blast from the past for some long time Tucker residents.  Many years ago, a local shop called Titan Comics & Games had a shop on Main Street. It later moved to the Value Village shopping center on Lawrenceville Highway before eventually closing.  Titan still operates a pair of locations, one in Duluth, and the other in Smyrna, but the Tucker area has been without such a shop for quite some time. 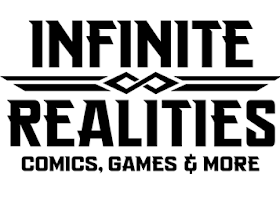 The partners put a lot of time and effort into deciding where to open, and the fact that the building is freestanding and not hidden in a strip center, was a key characteristic the partners were looking for.  Brennaman, who moderates a number of festivals and shows including DragonCon, sees Infinite Realities not competing with other shops like Challenges in North DeKalb Mall and Oxford Comics & Games in Buckhead, but more complimenting their offerings as each shop will has their own flavor.


Updates on the progress of the new store and details of how they'll be engaging the community will be coming soon, and the best way to keep up to date is to follow them on Facebook.


Around the corner, on Main Street, another new business is coming to Tucker.


High Card Brewing will open at 2316 Main Street, behind The Local 7 and The Freakin Incan.  Tucker resident Alan Pugh along with Derek Needham and Ron Neeman, all longtime homebrewers, are partnering to open the new brewery which has existed (and won awards) since 2014.  Until now, High Card has shared space with Decatur's BlueTarp Brewing Co.  BlueTarp, which launched in 2012 and is currently located on East College Avenue, will be relocating to Tucker to share the approximately 7,000 square foot space with High Card.

Needham tells ToNeTo Atlanta that he hopes to open by spring 2019, but given the significant local and federal red tape one must go through to open such a business, no firm timeline is realistic at this point.  The partners are, like Brennaman, excited to bring an activity that had been a passion, to the local community.

High Card follows the recent opening of Tucker Brewing Company, located on South Bibb Drive, off Hugh Howell Road.  Whereas Tucker Brewing specializes in German beers, High Card will offer its patrons a more diverse mix of standard and inventive beers.  Some of High Card's most popular beers are its White Queen, a White Stout, and its New England Lowball, a Session NE IPA.


Plans call for the addition of garage doors to the existing warehouse building and eventually tours and a taproom for on-premise consumption.  The brewery also plans to offer their beers in cans, not growlers or bottles, as cans are thought to provide the best experience.  Needham also indicated they may look to host homebrew competition winners and allow them to create their own brews in their industrial equipment in a pay-it-forward type gesture, given their homebrew roots. 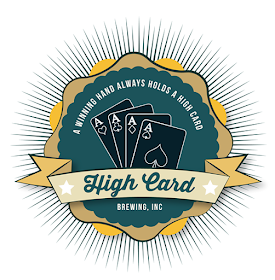 In honor of their newly signed lease, the brewers of High Card will be hosting a "lease signing celebration" at BlueTarp this Saturday, September 1, from 3:30-10PM.   High Road will have White Queen and NE Lowball on tap.