Chamblee Plaza, the aging shopping center on Peachtree Boulevard, may soon see new tenants, including multiple new anchor stores. Vince Riggio, Founding Partner at Trinity Development Group, the firm that since 2012 has owned the center, spoke exclusively with ToNeTo Atlanta about his plans for the project.
Originally opened in March 1960 , Chamblee Plaza was to have been largely demolished and rebuilt as "The Blee on Peachtree," according to plans announced in 2013.  A number of factors caused that plan to fall apart, among them the  Sardis Masonic Lodge on site and their reluctance to relocate.  The City of Chamblee was also not keen on the reconfiguration of the center.


Now, six years after the announcement of The Blee on Peachtree, and nearly 60 years after the center first opened, plans now call for keeping the center largely the same, but breathing new life into it.  ToNeTo Atlanta has tracked the progress at the center over the years and patiently waited for news to come.


Riggio envisions recapturing some of the mid-century charm of the center, similar in some ways to the work done by Edens at nearby Toco Hills shopping center, and in Charlotte at their Park Road shopping center, both of which opened in 1956.   Riggio further adds that there will be a focus on the female customer in the current and upcoming tenant announcements. 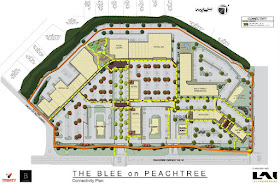 With nearly 800 parking spaces, Chamblee Plaza will be far better able to handle the number of anchors envisioned and the amount of traffic that it will attract than recent developments such as Peachtree Station and Parkview on Peachtree, where limited parking is a nagging issue.


A restaurateur turned real estate developer, [his firm owned Plaza Fiesta (Buford Clairmont Mall) between 1999-2007], Riggio is a nearby resident and hopes to create an "amazon proof" center, home to popular retailers, but also to local restaurants and shops.


The center will stay largely the same from a structural standpoint, but few current tenants will remain, while many others have already relocated or closed. 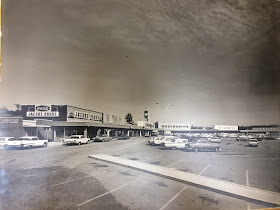 Among those that will remain are Elliott's Barber Shop, a Chamblee mainstay and the only tenant to have remained in business in the center (with a couple of ownership changes) since 1960.  Porter Paints will also remain in the center.


Last Chance thrift store, which for many years occupied the onetime Woolworth's, closed in 2017 and has not reopened elsewhere.  Last Chance is no stranger to having to move in wake of center improvements.  The Last Chance in Decatur moved from an old Kroger to Suburban Plaza years ago. When Suburban Plaza went through their renovations in 2013, Last Chance was on the move again. The store is today located on North Decatur Road behind Kroger. 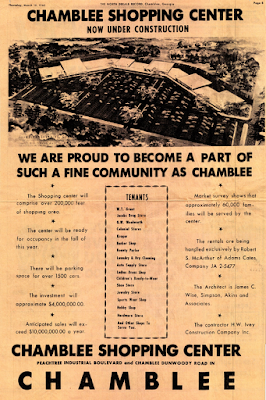 Chamblee Plaza (originally Chamblee Shopping Center) was once a beacon of the neighborhood, home to many popular stores and assorted shops and services.


Himalayas Indian Restaurant, a Chamblee Plaza mainstay for more than 25 years, closed December 31, 2017.  Last spring, the restaurant reopened at 5336 Peachtree Road in downtown Chamblee in the former Union Hill Kitchen, which closed in 2017 after about four years in business.

TJ Maxx and HomeGoods, likely the two most exciting additions, will each occupy about 20,000 square feet, but will not share a single space, as has been the case for the two chains when opening in the same center. 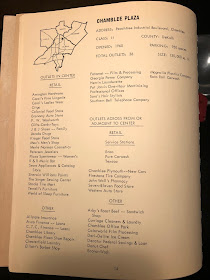 TJ Maxx will occupy the former Last Chance (Woolworth's). The current space will be expanded by 6,000 square feet to accommodate the new retailer.

HomeGoods will open in the former China Inn and former Aaron Rents spaces together combined into a single space.
After a 3,000 square foot rear reconfiguration, retailer Five Below will occupy a roughly 8,500 square foot space between HomeGoods and TJ Maxx.  The Five Below will occupy the former Charleston House Antiques which previously occupied part of the Colonial grocery store and later a Turtle's Records outlet, among other things.

Existing restaurants Quiznos and Chinatown Buffet are both likely leaving the center.

Riggio was tight-lipped about naming or even indicating with whom he had had discussions for the large anchor space or the many smaller shops.  That said, he did say that the large anchor space to the north, the former Kroger/Winn-Dixie/SaveRite, is likely to be leased to a "a single large national retailer."


The second restaurant is an as yet unnamed Korean eatery from a local operator with at least one existing restaurant.

Another addition to the center will be a skincare business called Skintuitive.


The slight expansions of the TJ Maxx and Five Below spaces, a combined 9,000 square feet on the rear of the center, did trigger the need for a Development of Community Impact application (DCI) with the City of Chamblee.  This makes the project slightly more challenging, as it needs a favorable recommendation from the city to be approved.  The City Council is due to vote on the DCI on February 19.


For his part, Riggio points to the increase in tax base, nearly 2,000 direct and indirect jobs the center will create, and community improvement as reasons to support the project.


Atlanta BeltLine founder Ryan Gravel, whose parents purchased their first home in Huntley Hills, speaks fondly of "The Plaza" in his 2016 book Where We Want to Live: Reclaiming Infrastructure for a New Generation of Cities.  "I don’t ever remember walking to buy groceries, but as a kid in the 1980s we made that half-mile journey almost daily to play video games at Razzle Dazzle or to get ice cream and Cokes at Sugar Bear." 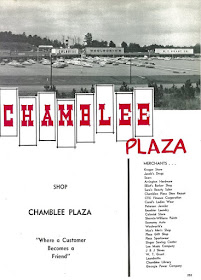 With luck, Riggio's vision for the project, "A neighborhood center that brings people and businesses together," will be realized and will once again become a place people visit almost daily.


If all goes well, the "new" Chamblee Plaza should make its debut this coming fall.