[UPDATE] Atlanta Businesses Respond to COVID-19 & A Call to Action

As many of you know, our normal coverage is primarily of restaurant, retail, hotel, and grocery store openings and closings.  Given the current once in a generation times, times you hope skip a generation or two, we wanted to take some time to point out a few good things happening in the world during this challenging time. 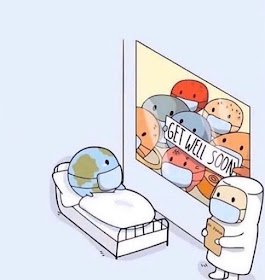 First and foremost, your local restaurants, retailers and bars deserve all the support you can muster.  Many have already limited or completely eliminated dine-in options, but takeout, drive-thru, and delivery remain viable options for many would-be diners at countless local, franchise and chain restaurants and retailers around the state.  If you are fully stocked on food, consider purchasing a $50+ gift card from a local business to aid them during this time with the intention to use the card balance when things normalize.  If you do have the opportunity to dine in, tip a little extra, your server depends on your generosity more than ever!


Countless local restaurants are being negatively affected by this sudden disturbance in the force and need your help, support and patronage now more than ever.  There are too many local restaurants to name but think of your favorite one, or two, or five, and choose a way to support them this week.


You created High Road. We exist today because you placed a bet on us way back in 2010.   Today, your volumes are down significantly, and some of your employees are in need of interim work.  We're a small company, but with consumers shifting so much of their buying to grocery and mass retail, we're able to open up a handful of positions to keep people working.  If you're a restaurant worker in need of something in the interim, reach out to us. We'll do the best we can to provide a safe and productive temporary work home."


High Road Craft not only supplies some of your favorite restaurants but also dozens of grocery and retail partners too.  They are headquartered at 1730 W Oak Commons Court in Marietta.


Old Fourth Ward Distillery, traditionally makers of Straight Bourbon Whiskey, gin, vodka, and Lawn Dark, has temporarily morphed into a sanitizer producer.  For the past several days, the Atlanta-based business has been producing complimentary bottles of hand sanitizer.  The company announced last week that it was expecting a delivery of ingredients necessary to continue production, but as of late Monday had not updated its facebook to provide an update as to when its sanitizer would be available again.  The company is producing the product free of charge but is accepting donations to help offset its costs. When available again, sanitizer is produced and distributed at company headquarters, 487 Edgewood Avenue in southeast Atlanta.

LVMH, the French luxury conglomerate which owns such brands as Louis Vuitton, Moet, Veuve Cliquot, Christian Dior, Fendi, TAG Heuer and Tiffany & Co., among others, is also converting some of its manufacturing space in Europe to sanitizer production.  LVMH announced Sunday that it is converting three of its perfume manufacturing facilities where it normally makes fragrances for its Christian Dior, Givenchy and Guerlain brands to make hand sanitizer instead. The first deliveries reportedly started today and by the end of the first week, LVMH expects to have made 12 tons of the hydroalcoholic gel. The product, which will reportedly be un-branded, will be provided free of charge to French health authorities and the Assistance Publique-Hospitaux de Paris, one of the largest hospital systems in Europe.


Dollar General announced Monday that it will alter its opening and closing hours.  "Beginning Tuesday, March 17, our first hour of operations will be dedicated to our senior shoppers. All stores will also close an hour earlier in order for employees to clean and restock shelves."  Goodlettsville, Tennessee-based Dollar General operates more than 400 locations in Georgia including their new "DGX" urban format store at Hanover Midtown at 888 Juniper Street in Midtown.


Macy's - unlike Apple, lululemon, Nike, Under Armour, REI and countless other retailers that have announced they will be closed until March 27/28 - remains open despite slower than normal mall traffic, where many of their stores are located.  That said, one Macy's store that won't be open much longer is their store at South DeKalb Mall.  As ToNeTo Atlanta reported January 7, Macy's is closing their stores at Macon Mall in Macon and at The Gallery at South DeKalb (formerly South DeKalb Mall).  The South DeKalb store's final day in business will be this coming Sunday, March 22.


Scofflaw Brewery announced via their facebook that they will be giving 50 percent of the revenue from their tasting room "for the foreseeable future" to aid restaurants and service industry workers in need.  Due to legal requirements, donations will be be distributed through a third party organization, according to Scofflaw's co-founder and CEO Matthew Shirah.  Scofflaw Brewing is located at 1738 MacArthur Boulevard in northwest Atlanta, not far from Nuevo Laredo Cantina.


"If you live in the state of Georgia and you love Miller Union Please call your state representatives tomorrow and tell them to suspend sales tax for small businesses. They are due this Friday 20th March. Call Governor Kemp and ask his office to help, it will save our employees jobs for at least two weeks #saveourstaff"


King of Pops is discounting some of their products and offering free delivery in an effort to both drum up sales and create "Unexpected Moments of Happiness."  You can purchase pops for your office, for your pals and for your pups here.


Employees at stores like Publix, Kroger, Costco and Sam's Club, among others, are all working like crazy (and quite calmly in our multiple visits) to ensure we all get what we need.  Please be respectful and ethical in your purchasing and don't overbuy.


As a community, we have great power and with great power comes the responsibility to do the right thing and help each other however we can.
Please comment below with your thoughts, prayers, comments or questions.  We encourage any and all businesses to comment with their adjusted hours, format or closures so we can keep everyone updated and informed.


We will all get though this, together.
Atlantan99
Share