It was made public recently that Kroger will be leaving its longtime home along Piedmont Road in Buckhead.  The store, known to many as "Disco Kroger," is slated to close in "about a year," just shy of what would have been its 50th birthday in 2025.  After opening in August 1975, the store has been renovated several times over the years including its most recent one in 2008 when it converted to Kroger's upmarket "Fresh Fare" moniker. 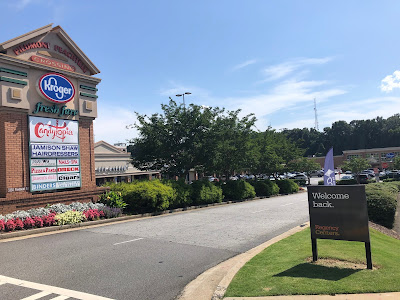 Kroger has not commented on the closure, but real estate sources tell ToNeTo Atlanta that the grocer was likely "out of options," i.e. its lease is ending and the grocer was not presented with acceptable terms to renew and had no options left on its existing lease.

The 55,520 square foot Kroger store anchors "Piedmont Peachtree Crossing," known to locals as the "Disco Kroger" center.  The store opened in August 1975, and it was one of the first 24-hour Kroger locations in town. Limelight, referred to as the "Studio 54 of the South," opened next door in February 1980, and saw many of its patrons hit up the Kroger after a night on the dance floor.  The store, like many other Kroger stores, is no longer a 24-hour operation. 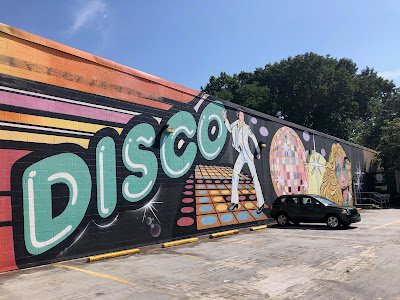 Interestingly, there was actually a second "Disco Kroger," 800 miles away in the Montrose neighborhood of Houston, Texas.  Here, the store got its name for similar reasons and also is leaving for a new development.  The 42 year old store closed this past January with its roughly two acre property acquired by Augusta-based Southeastern Real Estate Group.  The firm is expected to develop retail and multifamily on the site.

In a July 7 presentation before the Buckhead Design Review Committee, representatives from Regency Centers, who own the Buckhead shopping center, indicated that they plan to redevelop a significant portion of the roughly 11 acre property and that Kroger would not be part of the new project.

Instead of Kroger, Regency will be bringing a "Major Grocer" to the redeveloped project, which we heard previously and have now confirmed will be a new Publix store.  At 54,965 square feet, the new Publix would be slightly smaller than the existing Kroger, but would be the largest store for the Lakeland, Florida-based grocer in Buckhead, and one of its biggest in the state.  ToNeTo Atlanta reported in June that Publix has more than a dozen new stores in the works in Georgia, but most will be 48,387 square feet, the grocer's current prototypical store size. 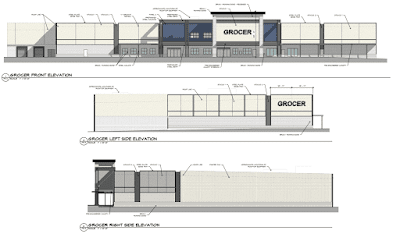 Publix already operates five stores in Buckhead: The Peach, Lenox Marketplace, Chastain Square, West Paces & Howell Mill Village, and it is believed that the new store is meant to further augment their dominant position in the market rather than replace any existing store(s).  [Chastain Square and Howell Mill Village are both Regency Centers properties.]

A source close to the project tells ToNeTo Atlanta that the Kroger store could close as soon as the end of this year and that Publix is likely to open during the first half of 2023.  When the project reopens it is expected to carry a new name, but that information is not yet finalized/available.

For its part, Kroger will, after the closure, have just one store in Buckhead, in Lindbergh, where the company debuted their 84,397 square foot store in late 2016.  There is also a large format Kroger along Peachtree Road in nearby Brookhaven.  Kroger has in years past closed small format or otherwise duplicative stores in Brookhaven (Brookhaven Plaza) and South Buckhead (Brookwood Place).

Publix, known for its superior customer service, but also its higher prices, is a more desirable tenant, according to multiple real estate professionals who spoke to ToNeTo Atlanta.  Publix, rather than Kroger as an anchor, is said to attract a more affluent customer as well as more desirable small shop tenants.

There are currently eleven vacant spaces in the center including those created by the closures of Marco's Pizza, Burgerfan,  Chase Bank and Sweet Samba, a wax salon, all of  which closed over the past year or so.  The roughly 20,000 square foot junior anchor space to the right of Kroger has been largely vacant since former tenant Cost Plus World Market relocated to sibling center Buckhead Station in 2016.  The space is currently the temporary home of Candytopia, an immersive candy museum, attraction and retail store.

The project will slightly decrease parking capacity from 522 to 498 spaces, not nearly as significant a change as was proposed in early 2016.  At that time, a more dense, mixed-use project, reportedly including Kroger, was planned by then-owner Equity One Inc., but those plans never materialized, and by late 2016, Equity One was acquired by Regency Centers.

Are you surprised that Kroger its closing its only Buckhead store?  What types of restaurants or retailers would you like to see join the revamped Piedmont Peachtree Crossing project?  Where do you do most of your grocery shopping?