In February we reported on Whataburger's planned Atlanta area debut and we were blown away by the excitement!  The wait is almost over!  ToNeTo Atlanta is pleased to confirm that the first Atlanta area Whataburger is destined for Kennesaw.  Planning documents indicate (and a source close to chain confirms) that Whataburger will open a new restaurant at 705 Townpark Lane, just off Chastain Road, on the site of a former O'Charley's restaurant. 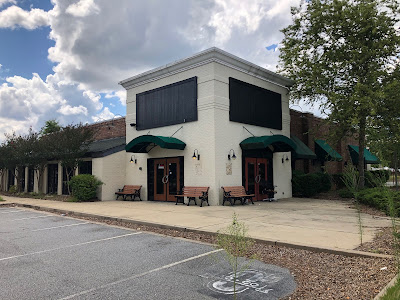 O'Charley's Kennesaw closed "temporarily" last year, but never reopened, and has been removed from the company's website.  The property, near Kennesaw State University, is surrounded by quick-serve restaurants including Cook Out, Zaxby's, Dunkin', Del Taco and Chick-fil-A, among others.

Whataburger plans to demolish the 6,809 square foot O'Charley's and construct a new 4,600 square foot restaurant on the 1.71 acre property, according to documents reviewed by ToNeTo Atlanta.   The Kennesaw site is at least the second former O'Charley's that the fast food chain has taken over since the July 5 opening of the new Whataburger in Opelika, Alabama (2501 Gateway Drive).

O'Charley's has closed dozens of locations in recent years including several in the greater metro Atlanta area.  A former location in Lawrenceville recently reopened as Hook & Reel with another in Snellville expected to do the same, while former locations in Tucker, Woodstock and Macon, among others, remain available.

It's unclear if Whataburger is targeting any other former (or current) O'Charley's restaurants in metro Atlanta.  A source familiar with the San Antonio, Texas-based restaurant chain's plans tells ToNeTo Atlanta that the company is actively considering specific locations in Athens, Bethlehem/Winder, Buford, Loganville, and Snellville, among others, with more than two dozen under consideration in the state. 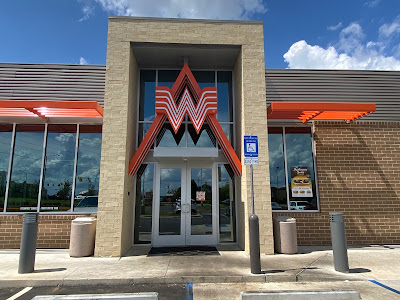 In January, Whataburger opened a new location in Leeds, Alabama, a suburb of Birmingham (and also recently home to fellow Texas-based business Buc'ees) where they converted a former Hardee's.  The company earlier this year also received approval from the Hoover City Council to move forward with plans to open a new restaurant on the site of a former freestanding Pier 1 near Riverchase Galleria mall.  (ToNeTo Atlanta reported July 25 that Chick-fil-A is seeking to relocate an existing restaurant to the site of a shuttered Pier 1 on North Druid Hills near North DeKalb Mall.)

Earlier this year, Whataburger also confirmed plans to return to the Nashville market after retreating from the Music City in the 1970s, and also enter Memphis.  The Nashville area is slated to get an initial nine locations, the first of which is expected to open this fall, with Memphis expected to get an initial five locations.  Among the fourteen planned units are vacant O'Charley's, TGI Friday's and Logan's Roadhouse units which are slated to be razed and rebuilt as freestanding Whataburger restaurants.

Real estate sources tell ToNeTo Atlanta that Whataburger has proven willing to pay top dollar for prime locations.  That said, there simply aren't any intown or many metro Atlanta second generation drive-thru enabled locations up for grabs.  This reality could be why the chain is focusing on suburban locations for now.  (If Whataburger was willing to pay literally A FORTUNE, surely they could secure the former Shoney's on Piedmont Road that has sat idle and deteriorating for more than twenty years.)

At present, Whataburger operates just a single location in Georgia, in Thomasville, about an hour north of Tallahassee and about four hours south of Atlanta.

The Kennesaw location is currently making its way though the planning and permitting process and if all goes well, should open in 2022.  It will likely be the first of several units the company opens in Georgia in 2022 and beyond, with sources close to the company indicating the chain may be waiting on formally announcing it until they have a "critical mass" with several units confirmed and in the immediate pipeline.

Are you excited for the planned opening of Whataburger in Kennesaw?  If you have been to a Whataburger, what is your favorite menu item?  Where else would you like to see Whataburger open in metro Atlanta?