[EXCLUSIVE] The Juicy Crab to open on Howell Mill Road

A new location of The Juicy Crab is planned for Howell Mill Square on Atlanta's Westside.  The new restaurant will open in place of Piccadilly Cafeteria which closed this past June.  Despite earlier plans to divide the roughly 10,000 square foot space into two or more suites, the deal with the owners of The Juicy Crab was reportedly "too juicy" to not execute. 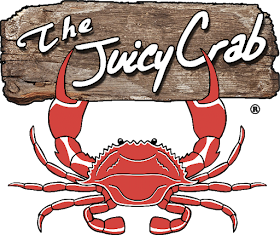 The Juicy Crab is a full service restaurant known for their flavorful New Orleans inspired menu that features a wide variety of seafood such as shrimp, snow crab legs, crawfish, clams, lobster tail and King crab, among other offerings.


Based in Duluth, the first Juicy Crab opened in 2015 and quickly expanded to ten locations in Georgia, with half dozen or so more coming soon here and in surrounding states.  In metro Atlanta, the group's newest restaurant debuted last month at Cofer Crossing in Tucker.  The company's other Georgia restaurants include those in Duluth, Conyers, Smyrna, Douglasville, East Point, McDonough, Fayetteville, Augusta and Kennesaw.

In addition to the Howell Mill restaurant, The Juicy Crab website indicates there are other locations coming to Morrow, Greenville, North Carolina, Columbia, South Carolina, Orlando, Cincinnati, Tuscaloosa and Memphis.


Although not explicitly stated, it's likely that the recent openings in metro Atlanta and those planned out of state are the result of the company's entry into franchising.