Athleta, the athleisure and yoga apparel company from The Gap, Inc., is planning to open its fourth Atlanta area location later this year.  The new store coming to East Cobb will open adjacent to Whole Foods Market in Merchant's Walk shopping center at 1311 Johnson Ferry Road.  The roughly 3,800 square foot store will open in a large portion of what was most recently an outpost of The Cook's Warehouse, an Atlanta-based small business, which closed at the center in 2018. 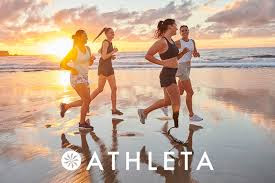 Athleta started as an online only retailer in 1998, and was acquired by Gap Inc. for $150M in 2008.  The first brick & mortar Athleta store opened in San Francisco in 2011.  Today, the chain includes about 100 stores, and while it was launched as a women's only brand, it has expanded to girls as well, but not to anything men's related.


The first Athleta in metro Atlanta opened in Atlantic Station in late 2012.  Since then, the company added locations in both Lenox Square in Buckhead and Avalon in Alpharetta.


Permits filed with Cobb County indicate that at least $385,000 will be spent converting and building out the space for the apparel retailer.  In Merchant's Walk, Athleta will join fellow Gap Inc. sibling company Old Navy.  Nearby at The Avenue East Cobb, Gap and Banana Republic, two other sibling brands, each operate existing stores.


Athleta's main retail rival, lululemon, currently operates five locations in metro Atlanta  - Shops Around Lenox, Westside Provisions District, Ponce City Market, Perimeter Mall & Avalon - as well as an outlet at North Georgia Premium Outlets in Dawsonville.  ToNeTo Atlanta was first to report February 3 that Fabeltics, another athleisure apparel business, which up until recently was online only, is entering the Atlanta market with a store at Perimeter Mall in Dunwoody.


Athleta has started hiring management for their new store and may open as soon as this summer, but with today's uncertainty, the store's renovation and opening could very well be delayed.

Are you excited for the opening of Athleta in East Cobb?  What is your favorite athleisure brand?  What other businesses would you like to see open in East Cobb?