Yogurtland has closed its outpost at TOWN Brookhaven in Brookhaven. The yogurt shop, one of three franchises in the Atlanta area, was previously for sale, but has closed instead.  The remaining locations, in Buckhead at West Paces Ferry Shopping Center and in Peachtree Corners at the Forum on Peachtree Parkway, remain open and are for sale as "keep or convert" from local broker Steve Josovitz of The Shumacher Group. 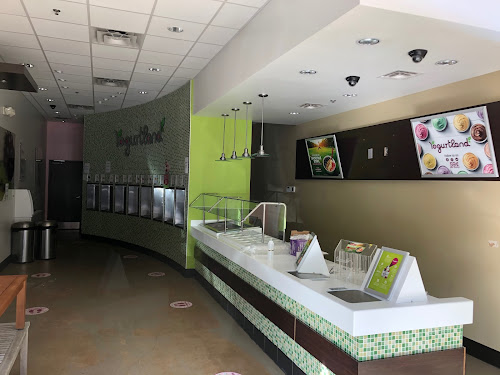 The Brookhaven Yogurtland was the most recent of the three locations to open, debuting in January 2015.  The Buckhead and Peachtree Corners locations opened in April and November 2011, respectively.  In 2012, a fourth location opened in Peachtree City and was open for only about year before it closed.

All Yogurtland locations had closed in early March before reopening later but without the "self serve" option they and so many yogurt shops have been known for.  Customers, rather than paying 59 cents per ounce, were now charged flat prices depending on the size cup selected.  The cups were then filled by employees.  The lack of customization likely detracted from the appeal of the concept.

The Brookhaven Yogurtland occupied a roughly 1,200 square foot space in the Costco/Publix/Marshalls/LA Fitness anchored center.  The space is not yet actively marketed for lease by Colliers who handles the center's leasing, but the fact that it closed rather than being sold indicates that there may be a replacement tenant already lined up.